Coining the phrase, ‘That’s the power of the juice’, Jack Lalanne understood the impact an electric juicer could have on lifestyle and health.

The problem is that there are so many options on the market now, it can be difficult to navigate.

Some juicers are better at retaining nutrients by preventing oxidation, others have powerful motors that could blitz through breeze blocks, and some are just poorly designed products. 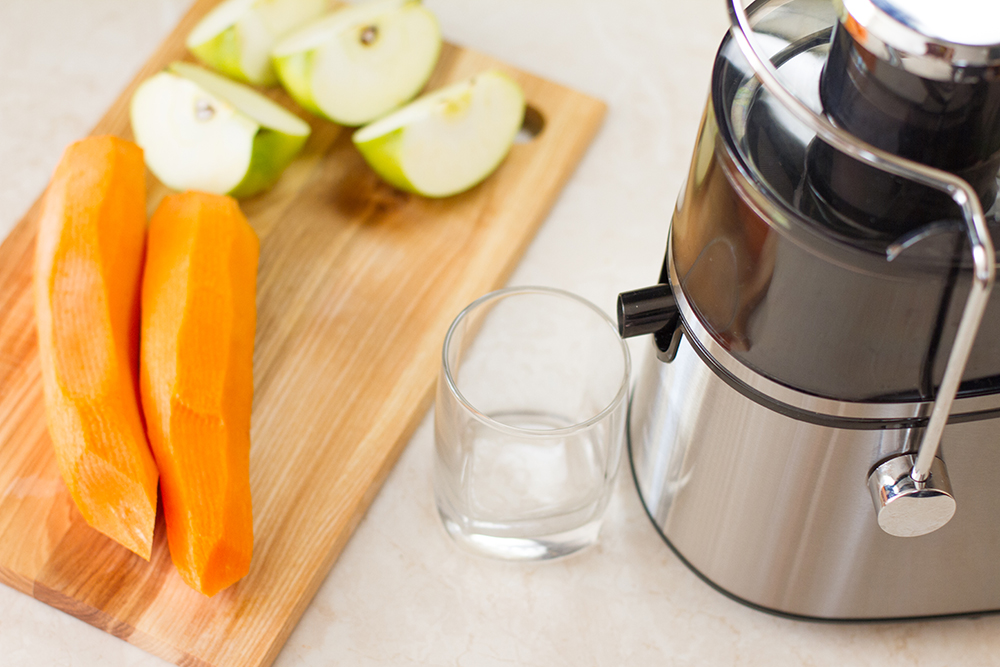 That’s why we’re reviewing one of the popular juicers available at the minute, the Fusion Juicer. Living to the ripe old age of 96, Jack almost survived to witness the release of his 100th anniversary juicing product.

What we’re here to do is find out whether it’s a worthy legacy of the great health guru and whether it’s worth your hard-earned cash.

The Fusion Juicer at a Glance

With two speed settings and an 800-watt motor, the Fusion Juicer is said to harness the cyclonic power to tackle both hard and soft produce á la the Nutribullet, inspiring a creative approach to keeping fit and healthy.

This centrifugal juicer instantly began catching the eyes of juice fanatics around the world due to its elegant aesthetics, wide feed chute, and reasonable price tag.

For a quick look, you can check the Fusion Blender out now, here:

Is the Fusion Juicer Easy to Use?

Some juice presses, particularly high-end hydraulic presses, make juicing an art, both easy to do and hypnotic to watch, and while the Fusion Juicer doesn’t quite fit into this category, it is a delight to use.

Probably our favorite feature of the whole machine is the extra-wide feeding chute.

Measuring 2.8 inches in diameter, you rarely have to dice your ingredients before blitzing them, which is fantastic on those Monday mornings you wake up late and dreary and need that quick juicy boost before facing the workday.

The no-drip spout is another small yet brilliant aspect of the Fusion’s design. It ensures no drop is wasted, clean-up is a breeze, and you get the maximum amount of juice from a blending session.

What’s more, with the large pulp receptacle, you can juice harder for longer!

Is the Fusion Juicer Easy to Clean

The happy answer is, yes, the Fusion Juicer is very easy to clean. Mostly made of durable plastic and a small amount of stainless steel, every component bar the motor base is dishwasher safe.

Having said that, if you want to extend their life, We’d recommend soaking and handwashing the blades. Do be careful, though, as they arrive quite sharp out of the box.

We’d also suggest only using the top shelf of your dishwasher for the plastic components of the Fusion Juicer. With most dishwasher heating elements housed in the base, keeping plastics as far away as possible is the most effective way to avoid the dreaded warp.

While we love the practicality of a dishwasher-safe juicer, we’re not so thrilled about the BPA content. BPA is a chemical used to reinforce hard plastics, but it can leach into food and drinks and mimic estrogen in our bodies. You should always avoid BPA plastics where possible.

If pulpy juice is your idea of a living nightmare, you’re in safe hands with Fusion Juicer. The sharp blades and 800-watt motor make short work of soft produce.

On a nutritional level, it’s not the most effective juicer, but that goes for all centrifugal blenders, not just the Fusion.

Advertised as being fully capable of tackling harder produce, it can handle tough root veg and even some seeds to a certain extent, but it’s not really designed to whiz things like nuts and ice.

What Can the Fusion Juicer Blend?

Any soft fruits and veggies get the go-ahead with the Fusion. It doesn’t find standard juicing and issue, but you may have to add in a little water if you want a true juice rather than thick smoothie or purée.

As we mentioned above, the Fusions can handle some tough-to-blend items like broccoli, sweet potato, pepper, garlic, apples, fennel, ginger, and carrots, but nuts and protein powders won’t be properly processed.

Even things like soaked cashews won’t fully smooth out.

As is the case with a lot of centrifugal juicers, leafy greens can pose a problem, but this can be overcome by learning a few handy tricks.

Wrapping them around your harder ingredients will help the blades get a hold on them. You could also try rolling them up into big green cigars and feeding them through like that.

We’re not going to cherry-coat it; the Fusion juicer is a pretty loud bit of kitchen equipment, so beware if you’re an early riser.

You may end up with some pretty ticked-off cohabitants. On the other hand, it’s not that much louder than most other centrifugal blenders currently on the market.

The Fusion Juicer is by no means a cheap product, but compared to juicers of similar sizes and functions, it’s actually a really great deal.

You’d be hard-pressed to find a large capacity blender of this quality for less.

A Note About Juicers of Tristar Past

Despite Jack’s good intentions, his namesake juicers produced by Tristar have often been marred by design flaws. His very first foray into the juicing world was the Juice Tiger.

After becoming a huge hit, selling all over the United States, 9% of all models were recalled due to 14 concurrent juicer-related injuries.

Can You Make Nut Butter with the Fusion Juicer?

Food processors that can make butter from raw nuts are very in vogue at the minute, but the Fusion Juicer isn’t quite powerful enough to pull it off.

We certainly think so, yes, but it’s not for everyone. Some may need more power from their juicer.

Is the Jack Lalanne Fusion Juicer Good for Beginners?

Even though the Fusion Juicer is incredibly easy to use, we wouldn’t recommend it for beginners as it’s not too durable.

If you accidentally process ingredients it’s not designed for, it can easily damage the motor and connected components.

This 100th-anniversary juicer was pegged to be the pinnacle of Lalanne technology, the very thing Jack dreamed of creating a century ago when he took on the self-appointed mission of keeping America healthy, but is it really all that?

Well, the Fusion Juicer is pretty good, but we think we’re in accordance with most juicers when we say, Jack could have dreamed a little bigger.

Don’t get us wrong, for the average juice lover, the Fusion is just fine. It blends soft and hard produce efficiently, and the pulp extraction is amazing, but for the enthusiasts out there, it might not quite cut it.